NEW YORK, August 24, 2021 – For some 140 million children, the first day of school – a historic moment in the lives of the world's youngest students and their families – has been postponed due to COVID-19. , UNICEF reported yesterday in a new analysis released on the occasion of the end of the summer holidays in many parts of the world.

It is estimated that, to date, almost eight million students have been waiting more than a year to participate in the first day of in-person school, due to living in places where schools have been closed during the pandemic.

“The first day of school is a historic moment for a child, as it is the beginning of a life-changing journey of learning and personal growth. Most of us remember a myriad of irrelevant details about that day, such as the clothes we were wearing, the name of our teacher, or the person we sat next to. Yet for millions of children, that important day has been postponed indefinitely,” said Henrietta Fore, Executive Director of UNICEF. “As classes resume in many parts of the world, millions of first graders have been waiting for more than a year to see the inside of a classroom. Millions more may not see it for the entire first quarter. For the most vulnerable, the chances are very high that they will never set foot in a class in their entire lives.”

During the first year, the foundations for future learning are laid through the introduction to reading, writing and mathematics. Likewise, in this period, face-to-face education makes it easier for children to become more independent, adapt to new routines and establish meaningful relationships with teachers and students. Face-to-face education also allows teachers to detect and address learning delays, mental health problems and cases of abuse that could have negative effects on the well-being of children. 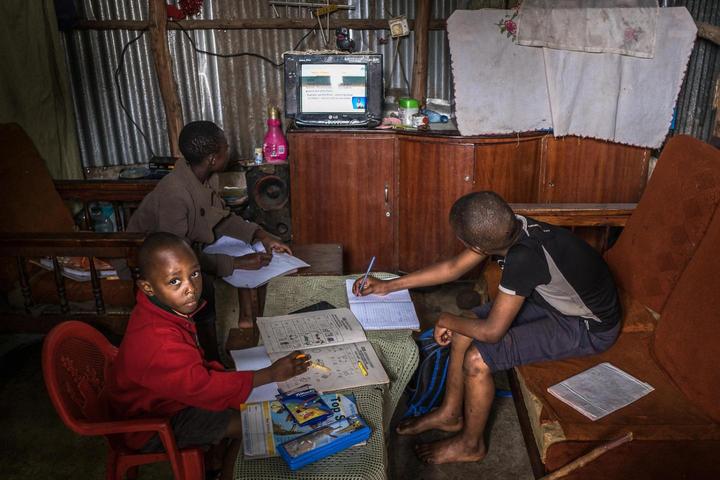 In 2020, schools around the world were completely closed for an average of 79 school days. However, after the pandemic began, the schools of 168 million students remained closed for virtually the entire year. Even now, many children are facing an unprecedented situation where their education will be interrupted for the second year in a row. The consequences associated with school closures - lack of learning, anxiety, difficulties in receiving immunizations and an increased risk of dropping out of school, child labor and child marriage - will affect many children, especially older students. young, who are in the most decisive stages of development.

While countries around the world are taking steps to offer distance learning, 29% of primary school students are not receiving help. In addition to the lack of resources required in this form of education, many children may not be able to participate because they do not have help using technology, live in an inadequate learning environment, have to deal with homework home or are forced to work.

Numerous studies have shown that positive school experiences during this transition period are predictive of children's future social, emotional, and educational outcomes. Similarly, children who fall behind during the first years of their education tend to remain behind for the rest of their time in school, a gap that widens as the years go by. In addition, the future income of the child depends proportionally on the time he receives an education.

If mitigation measures are not undertaken, the World Bank estimates that this generation of students will suffer a loss of $10 trillion in income as adults. In addition, there is evidence to show that addressing learning gaps is less costly and more effective when acted on over time, and that investments in education support recovery, growth and economic prosperity.

UNICEF calls on governments to reopen schools to resume in-person education and to provide students with a comprehensive recovery response. Together with the World Bank and UNESCO, UNICEF urges governments to focus on three essential priorities in order to support recovery in schools:

“The first day of school is a day of hope and possibility; a day to start on the right track. However, not all children start out on the right path. Some don't even start," Fore said. “We must reopen schools as soon as possible and resume in-person education, and we must immediately address the gaps in learning that have occurred due to the pandemic. If we don't, some kids may never catch up."

In the coming weeks, UNICEF will continue to mobilize its partners and the general population to prevent this education crisis from becoming a catastrophe. The online and offline campaigns will bring together world leaders, teachers, and parents around a common cause: reopen schools as soon as possible and resume in-person education. The future of the world's most vulnerable children is at stake.

Tags how to take measurements for children's clothes
share:
Prev

Lunar New Year Traditions: What is it and when is it celebrated?