—How did your relationship with writing begin?

“It was when I was six years old. I wrote my stories in the communication notebook and one day the teacher found it and showed it to the director and the librarian. The news spread until, after so much contact, it even reached the director of the Argentina de Escritores of the Chaco branch, who made a presentation of the “child writer” and took me to the local newspaper to spread it. At that time for me it was a game and suddenly the adults nailed seriousness to the matter. The expectation placed on me, and all those formalities, was what kept me from writing for a long time. I did not publish anything else until I was 25 years old, that is, 15 years later.

—For you, narratives are a tool for social transformation, or rather an aesthetic experience with language?

—I believe in the manipulation of tools: with the hammer you build the house you can also open someone's head. The tool is there and it depends how you use it. But if a dictatorship comes and they burn all our books, we won't be able to do much. It's like placing all faith in art, while art has to be like an alarm clock, a jolt, a revelation. A lens that allows those who have to know misery and the miserable to know justice. The tool can also be used against it, it is enough to see how many authors and artists have worked for totalitarian regimes to notice that transformation does not necessarily mean transforming into something better.

—Within that field of arts and especially narratives, do you think that the LGBT+ collective has the space it deserves? Or does it cost a little more?

— I fear that the current direction of those who support art is a zoological view of the LGBT community. Suddenly the stories sell because the heterosexual view of everything is very busy, so there is something new. I also fear that the hegemonic media for the production of meaning, misnamed media, use this as a resource of the digital age to gain views. I'm afraid of that zoological gaze because afterwards the zoo closes and the animals remain imprisoned inside. No Lion ever moved a man enough to open his cage for him. What I do see is that we are forming many community bonds and economic circuits. That's super interesting: Why am I going to buy a t-shirt from someone who, if he has the chance, yells “fuckin” at me from his car? or fat people? Do not! I go to the party with Santi, who is a dissident and a DJ, and the clothes were made for me by Sandra, who is a transvestite… Starting to create our own circuits seems super cool to me. And using the money of the pakis and their zoological gaze: financing us through those who hated us seems like a success to me.

—These days your trilogy of novels, Urgent Loves, is coming out. When you made La Chaco, did you already plan that there were going to be three? How did that process unfold? 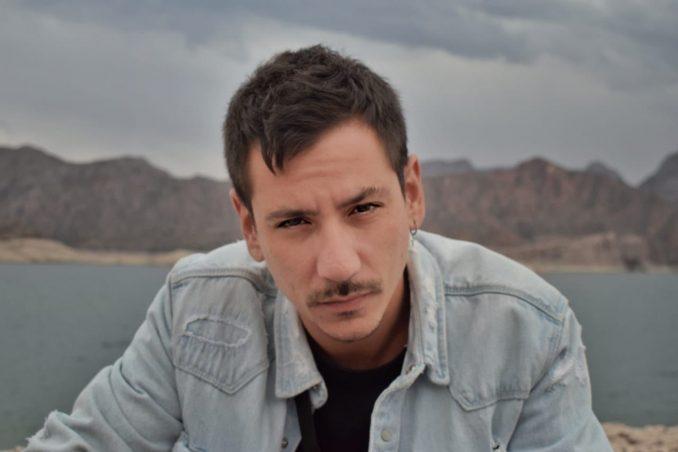 —Actually what happened was that when I wrote “La Chaco” the ending I had put on it was kind of heavy. The editor told me that she thought it was a lot and I decided to save it for a second part, which would be Galaxia, but the story of Ñeri's characters appears in the middle and I went that way. It ended up becoming a trilogy naturally, because it was all part of the same story although written at different times in my life. When the stories converged, it seemed appropriate to publish it as a single literary piece, especially to facilitate access to the materials since I was able to recover the rights to “La Chaco” after a small disagreement with my previous publisher. I also love the work with Sudestada, where there is a collective construction, and for the cover we bought a photo of Kenny Lemmes, it was a great book. Although it is a relaunch, surely many people have not read it yet and also the public is always expanding.

—What is it that nourishes you at the moment of creating your characters? How do you come up with the stories?

—I don't think they occur to me, they happen, and one kind of picks them up. I was very crossed by my time of militancy in Chaco in "United for diversity", which was a kind of queer coven, because although it wanted to fit into political terms it was more like getting together to listen to anecdotes and see what we could do with everything what happened to us. At that time, when an editor approached me to propose that I publish for Hojas del Sur, I said yes but asked him if he could write free. That was the moment of “La Chaco”, which was a bit like compiling stories from United for Diversity, investigating, doing many interviews. It is a novel with many characters that have an interesting depth and in itself each character is a story. Later, when I was writing Ñeri, where the character Rafael appears, who is also in “La Chaco”, I was just going through the loss of my old man, so he talks a lot about his father. Galaxia came as a delta, as the mouth of all those stories. The case of Rafael is an extremely homophobic character, quite a neighborhood macho, who cost me a lot to write but when I finished writing it I realized that I was writing myself, because I had a super complicated father and it is possibly a way of narrative to express my experience, raised by the patriarchy. I am interested in going through those gray characters, neither good nor bad, because he gives humanity.

—They follow you a lot on the networks and you respond a lot to the comments they leave you. What is your relationship with the virtual? Are you your own community?

—In the networks I am my own boss. But the worst of all is that I am my only employee and I want to be fired. I try to have a respectful relationship with myself when using the cell phone, not to read aggressive comments, not to fight and be very receptive to criticism that helps me grow. Now what seems unthinkable to me is to put everything there, because suddenly the electricity goes out in four countries and, who are you going to cry to? Constructing identity only through digital seems very serious to me, which is why I believe that the book in physical format will not disappear: it is the experience with reality, it does not need any support. That gives me peace of mind.

—With so many trips, presentations, cycles and activities, what are your creative processes like? Do you have any kind of ritual?

—I don't have a fixed rhythm of writing, rather I write when I feel like it. I have a weekly column in Sudestada, which is what gives me practice, and from time to time I leave a little text on the notepad, but I completely refuse to write on my cell phone. Now when I feel like it, I do it anywhere, I've started writing in concerts, in recitals, and I respect that a lot because it's a visceral impulse, like a physical need. It doesn't mean that I suddenly say “an idea occurred to me”, it's more like the impulse that I've been thinking about things and at a certain moment they have to turn, I try to respect that wherever I am.

—I think I write for myself, although at first I felt I was doing it for the public. When one of my texts went viral prior to the first Ni Una Menos, there was a logic of writing seeing what could be useful, I also had an editor who encouraged me to "go this way, go this way", and the writing of ephemeris it ends up exhausting, it's like the teacher who is asked for the texts of the allusive words... I work with a very personal writing and La Chaco has that, of having written it up to 100 times if necessary. Galaxy drove me crazy. It's like when you see those people who are putting things in a bottle with a tweezers to assemble a boat and you say "what do you want, what do you want...". I try to write on the side, because I feel that a good book ends at the end point, but it also begins there, and this is because the book begins with the point in the head of the other person who suddenly comes to you and says "with your book such a thing happened to me”, and that hadn't even crossed your mind. Fiction and reality are different, reality is irreversible but fiction is written in the multiplicity of complicity: the more readers it has, the more fiction multiplies. The writer Agustina Bazterrica makes that difference, she says “they want to be writers but they don't want to write”. Now suddenly it seems that the writer is in vogue, like the intellectual who has an answer to everything or the sufferer who has to suck and live on pain. There should be a middle ground, but there is a romanticization of the writer and people who want to play that role. Life is a great play, as Shakespeare says.

—And in the play of your life, what did writing help you connect with?

—Writing as a profession has connected me with a lot of wonderful people. Both in the place of sharing reading spaces and in workshops, because it is very important to constantly train and be surrounded by people who have ideas taken over from the writing processes. There's also a lot of brick going around, because creative writing has that. It implies intellectual honesty with oneself in each moment that one is living. For example, now I'm trying to write plays and I feel like I can play any role, but if I take it seriously: I want to do everything, but if I want to do everything I don't do anything. Right now what I want is to write and learn to use my voice, but maybe they'll interview me in three years and I say “I want to be in drag”.

—The patriarchy has common places about where a cis male should be located. What relationship do you think there may be between producing fictions and disarming those commonplaces?

—Literature provides representative tools for groups, through representation it allows us to put into words what many people feel. There are different ways of processing thought, it happens to many people that they process feelings but cannot put them into words because they cannot verbalize them and rely heavily on literature, painting, fashion and other forms of art to show it. Also of course in all forms of art there are people who take it as entertainment. I believe that the patriarchy is terrified of literature and, as Virginia Woolf said, "for most of history, Anonymous was a woman." It has to go that way, a book is like an ink voice, a paper megaphone, that's why they panic and even burn books in totalitarian governments. Writing has to bother, not as affirmation but as doubt. I also believe that we must bet on books as a State policy, that there be more budget so that the libraries are nourished and easily accessible.